Before 1985, children who were blind/visually impaired in Kentucky & Southern Indiana had no access to early intervention services for their vision-specific needs. That all changed when a group of concerned citizens, lead by Sharon Bensinger, formed the idea to start VIPS. Mrs. Bensinger had no personal connection to anyone who was blind, other than being employed by American Printing House for the Blind Research Department. However, it was in that job that she took countless numbers of phone calls from desperate parents looking for services for their blind child.

With $20,000 in startup grants from WHAS Crusade for Children and Metro United Way, VIPS was born! Mrs. Bensinger was the first employee and began with a caseload of 14 families. Since that time, VIPS has grown into an impactful agency, serving approximately 500 families a year across two states, with office locations in Louisville, Lexington, and Indianapolis. VIPS Louisville operates Kentucky’s only full-time preschool for children with visual impairments, a nationally accredited program and Jefferson County, KY’s first five-star rated child care facility.

Why is early intervention so critical for these children?

90% of what a child learns
is through their vision.

85% of the foundation of learning happens the first 5 years of their life.

MAKE A DIFFERENCE THIS HOLIDAY!

How does your donation benefit a child who is blind or visually impaired?

supports a training session for a teacher

Your donation directly impacts the life of children who are blind or visually impaired in Kentucky and Indiana.

The Louisville Downtown Lions Club is a major supporter of VIPS-Louisville, having donated nearly $320,000 since the year 2000. These gifts have impacted VIPS families greatly, as they have funded our teachers to provide critical early intervention services. The Louisville Downtown Lions Club has also supported VIPS in the following ways:
• Presenting Sponsor of the Stampede for VIPS 5K
• Give For Good Louisville matching sponsor
• Capital Campaign donor
• Family Retreat
• VIPS mini bus contributor 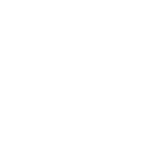 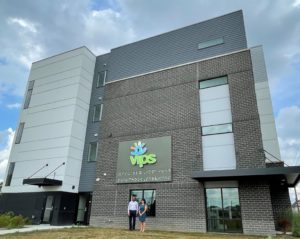 In late October, our Indiana staff officially moved into the new Family Resource Center located at 1212 Southeastern Avenue, just east of downtown Indianapolis! This center will not only house offices and storage for our staff, but, more importantly, will be a hub for VIPS parents to receive more resources and programming, and allow for… 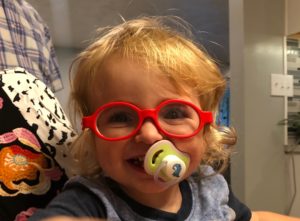 INDIANAPOLIS, Ind. —Visually Impaired Preschool Services (VIPS) Indiana announced it has received grants from Lilly Endowment Inc. and the Nina Mason Pulliam Charitable Trust in the amounts of $300,000 and $250,000 respectively for its Envision the Future capital and operations campaign. The grants are instrumental in helping VIPS complete the future Family Resource Center near… 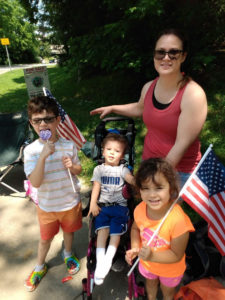 On January 19th, I was on bed rest and about to go crazy. I was 4 cm, 80% effaced, and knew that Isaac could be born any day. That evening, as I was watching TV, I thought my water broke and it was finally time to go to the hospital and give a *natural* birth.…