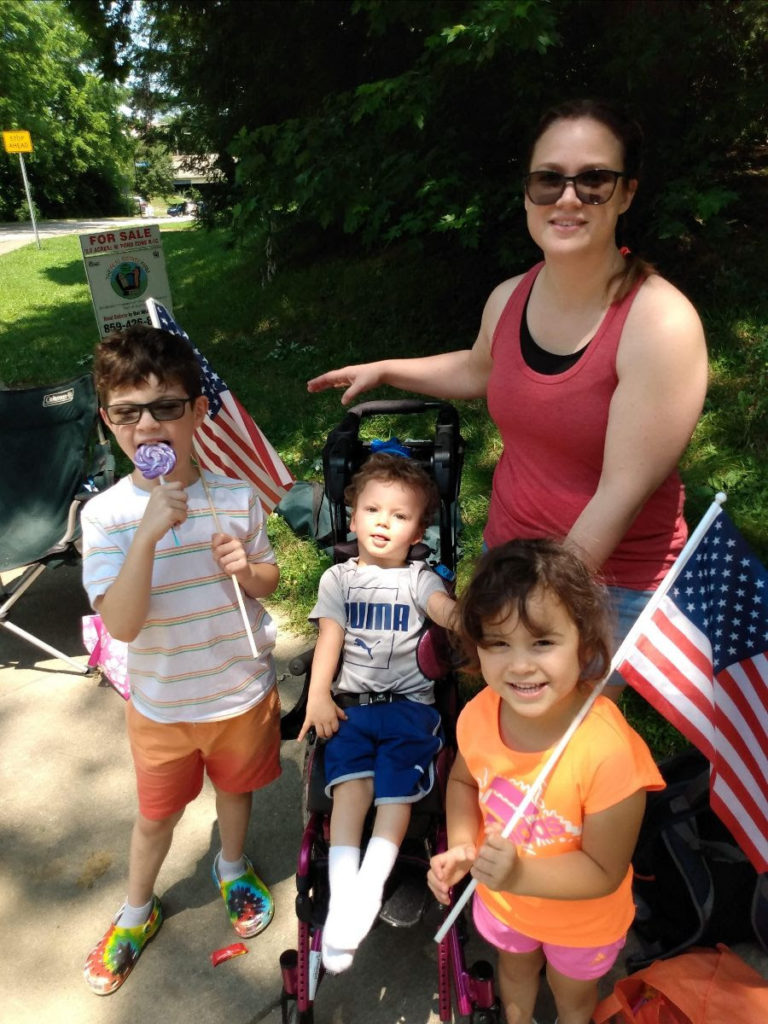 On January 19th, I was on bed rest and about to go crazy. I was 4 cm, 80% effaced, and knew that Isaac could be born any day. That evening, as I was watching TV, I thought my water broke and it was finally time to go to the hospital and give a *natural* birth. Instead of water, it was nothing but blood, and things got really scary.

As the ambulance drove me 30 minutes to the hospital, I wasn’t sure if Isaac was alive because there was no doppler to hear if there was a heartbeat. I was scared about bleeding out, about him making it alive, and him coming out in the ambulance with only one medic with me. But I had to stop my thoughts from the “what if’s” and concentrate on what was true – God is with me, and he is good no matter what the outcome would be. This gave me peace.

When we arrived at the hospital, Issac’s heart rate was 60, which was extremely low. Within 4 minutes, Isaac was out via emergency c-section, but he wasn’t breathing. The doctor called Brandon in while they were working on Isaac and breathing for him. The doctor told Brandon that Isaac failed his neurological exam and to prepare himself. He told me later that he was praying unceasingly, and minutes later, Isaac was breathing on his own. When I woke up, I was told Isaac was stable, but being transferred to Children’s to cool his body, in order to help slow down any more damage to the brain.

Isaac spent 34 days at children’s and in the end, we only left with a G-tube to help with feeding. Throughout his first year, he had many surgeries and EEGs to help make sure everything was working properly. His G-tube was removed in March 2019, and was later placed back in August 2020, and he has had a history of different types of seizures up until January 2020. He was officially diagnosed with cerebral palsy spastic quadriplegia in June 2019, and was confirmed with cortical visual impairment in March 2020. He has many therapists that he sees weekly – physical, occupational, speech and VIPS. Although his motor skills (he doesn’t sit up, roll over, crawl) and communication skills (non-verbal) are limited, he loves to smile and react to people. He likes his switch toys, and when I sing him songs, and he especially loves when I read books to him. Isaac has two other siblings – Haddon (7) and Noël (4) who have so much fun playing with him and making him laugh!

After Isaac was diagnosed with CVI in March 2020, Isaac was able to receive VIPS services through the First Steps program. We met Ms. Dixie, from VIPS in Lexington, who provided us with so much information on his diagnosis, and in particular, what his CVI Phase meant for him. Through her initial evaluation, we were given the tools and tips to help Isaac progress. One thing I remember when we first met Dixie that shocked me was that CVI is ever evolving and can improve. That is what gave us hope, and I think will encourage other families. Within a year, Isaac’s CVI had improved so much that he emerged from Phase 1 to Phase 2 according to the CVI range. Without Dixie’s guidance, this would have not been accomplished on his/our own.