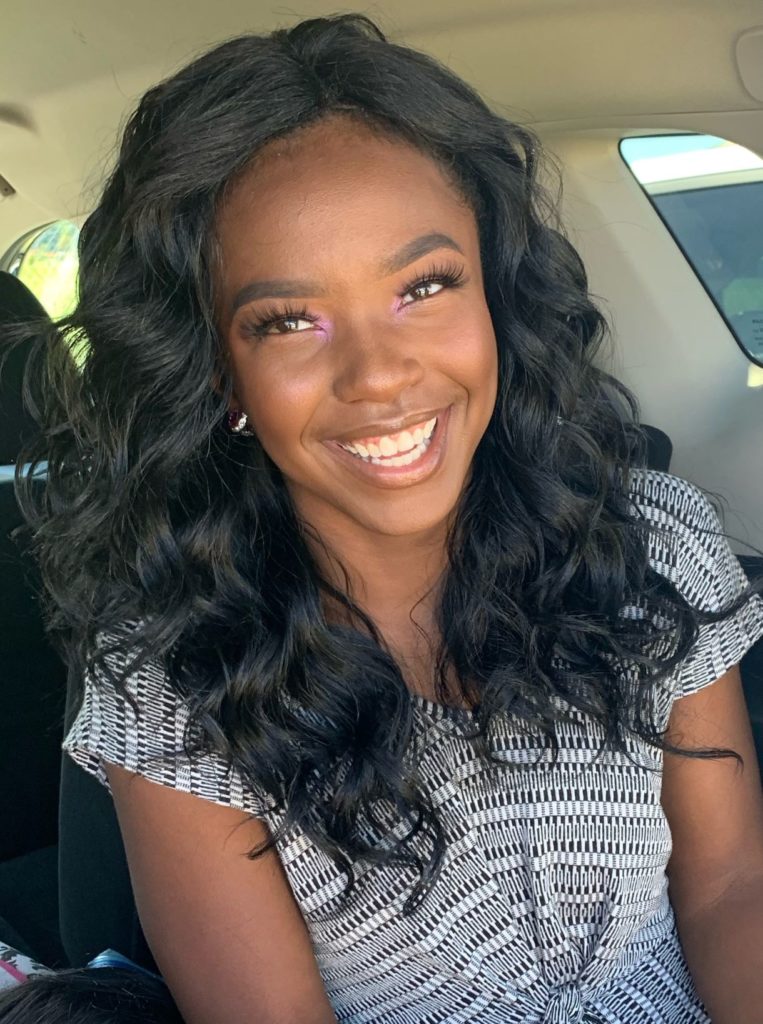 Bria Byrd is a sophomore at Elizabethtown High School and an ambassador to Visually Impaired Preschool Services (VIPS), a nonprofit based in Louisville, focused on providing education and intervention services to children born with blindness or visual impairment in Kentucky or Indiana.

Byrd chose VIPS as the charity she wanted to represent and support because of her own visual impairment called amblyopia, an eye condition where the brain is unable to recognize sight. While Byrd was born with this condition only affecting her right eye, she did not know of her diagnosis until she was 8 years old. However, this has not kept her from becoming active in pageants.

Through Byrd’s participation in beauty pageants in her region, she has raised awareness about the importance of doing vision screenings at an early age. At just 15 years old, she has partnered with preschools in her local community to increase these opportunities for children and has even written a book, titled These Heels are Made for Talking, about her experience with a visual impairment in the pageant industry.

“I love children,” says Byrd. “I hope to spread the word about VIPS’ mission and share the importance of seeing an individual’s ability before their disability.”

As VIPS’ newest ambassador, Byrd has been fundraising for VIPS during the entire month of November. In this type of fundraiser, donors give a gift based on the date, such as an $11 gift on November 11th, totaling to $465 by the end of the month.

Byrd also has a book signing event on November 28th at Forest Edge Winery in Shepherdsville from noon to 4pm. She hopes to donate copies of her book to local elementary schools and some of the proceeds to VIPS.

“I eventually want to study marketing at the University of Kentucky and be Miss Kentucky or Miss Teen USA,” Byrd says.

She stays busy participating in pageants, raising awareness of amblyopia and cheerleading at her high school, but Byrd has a bright future ahead of her.