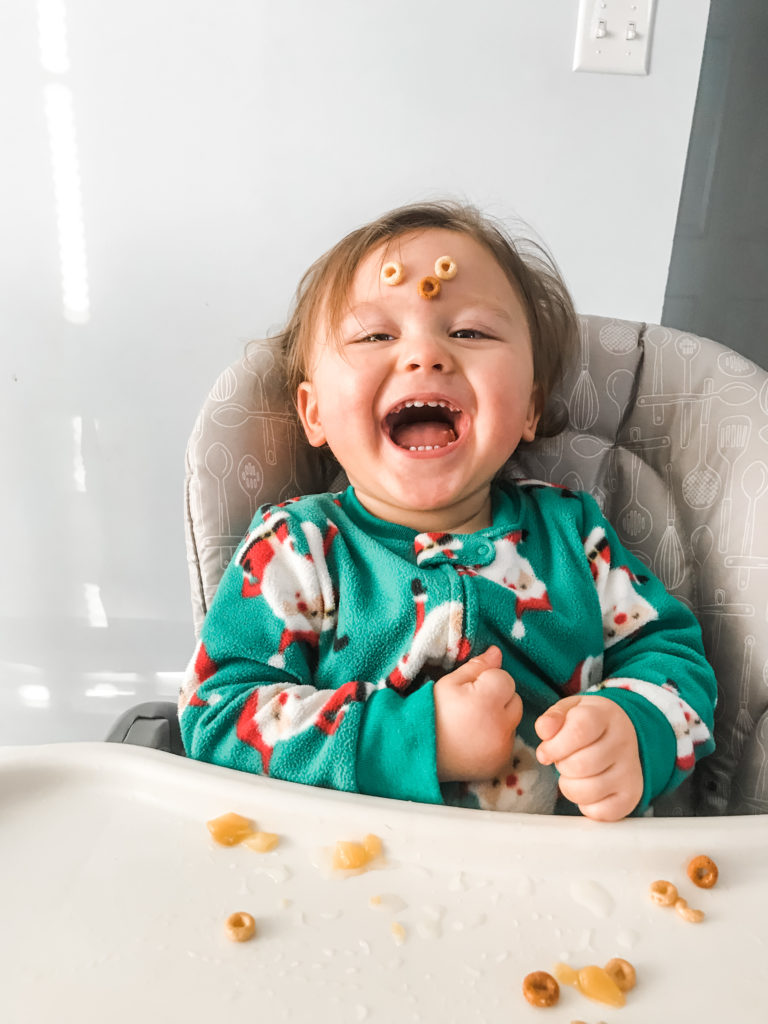 “I never imagined that my son’s first best friends or play dates would be with his therapists,” said Jeanette, mother to 19 month old Dallin, a child who currently receives services through VIPS. Dallin was born with a brain condition called Periventricular Leukomalacia (PVL) which is caused by the softening of white brain tissue. Because of PVL, he was also diagnosed with cerebral palsy and cortical visual impairment. However, these diagnoses do not get Dallin down a bit, as he is one smiley boy! His family refers to him as Determined Dallin–he works with six therapists and interventionists to help him reach goals and overcome obstacles every day.

Dallin began receiving physical and occupational therapy when he was about 4 months old, but as he got older, it became apparent that he was struggling to track and focus on objects with his eyes. After visiting an ophthalmologist and discovering there was nothing wrong with the anatomy of his eyes, Jeanette became concerned and confused about Dallin’s vision. In came Mindy, a VIPS Teacher of the Visually Impaired and her knowledge! Mindy explained Cortical Visual Impairment (CVI) to Dallin’s family and how his vision issues were a result of his brain struggling to interpret what his eyes were seeing. Then a visit with a neurologist confirmed that Dallin’s vision issues were a result of brain damage, not his eyes.

Jeanette said that Mindy’s knowledge and support has been the greatest gift because it has allowed her to understand her son’s vision. Mindy helped the family incorporate CVI friendly activities and toys into Dallin’s daily life. Most toys available in stores are not designed with a child who is visually impaired in mind so Mindy has taught the family how to make their own toys and adaptations.

After a year of working with VIPS, Dallin has made amazing progress–he tracks and even makes eye contact! Jeanette proudly shared, “It feels amazing to have my son look into my eyes and know that he sees me.”  She also wanted to express deep gratitude to Mindy because without her help, Dallin would not have been able to make such progress. “I can tell that she really cares about Dallin and helping him and that means the world to me.”The family embraces all of Dallin’s challenges because they have made him who he is meant to be though Jeanette says that having a child with special needs can come with feelings of isolation. “You often feel that you are up against the world in trying to give your child the things they need to be successful,” said Jeanette. But with time, Jeanette is much more positive about their family’s journey. Ordinary has become “extraordinary” for Dallin’s family and Jeanette wouldn’t have it any other way! For other parents who are finding themselves in a similar situation, Jeanette provides some assurance, “You start to see things with a different perspective, you start to celebrate the little things, you start to see your child for who they truly are meant to be and it just gets better.”